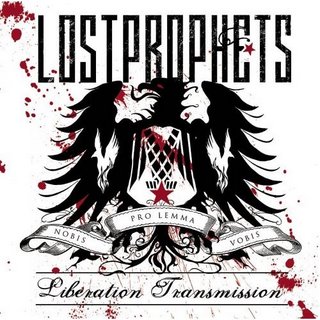 Lostprophets: a band full of intensity, from its booming guitar to the epic screaming, this band had more energy than anyone else in the business. This band knew how to rock, and they did it with perfection. However, notice how i said had more energy.

It was hard to follow The Fake Sound of Progress. My mouth literally dropped while listening to the fabulous breakdowns, and the nice blend of singing and screaming that fit the singers voice so well. Lostprophets were something new, something fresh, and created something different that had a very distinct edge. To follow, we received Start Something, where as you can see by my review of it, i enjoyed it very much. It delivered some new aspects to the table, while still keeping the best parts of the band there. Im sure many big fans were keen enough to pick up on some of the more poppy hooks hiding in songs like Last Train Home, and Last Summer, but it was done tastefully and the emotions werent turned up too high to make them sound out of their element. This brings me to the new edition to their discography, Liberation Transmission.

The album starts with a powerful, climactic Everyday Combat, and the only thing thats different is his voice sounds a bit lower, but the heaviness is still there and the overladen pop sounds make it a pretty anthematic fist pumping track. This is when it all goes to hell. Almost everything you loved about the Lostprophets are gone. I dont know what the last reviewer was listening to, but the sound has changed COMPLETELY. The heaviness, the edge, those headbanging guitar riffs, the singers chaotic and powerful screaming, its disappeared. Its simply gone.

What is left? The sound that is left is generic hard rock, with enough pop in it to make the songs worthy of popular radio station play. Dont expect a heart thumping Kobrakai, or even a heart tugging Last Train Home. This stuff is simply generic, and at times, feels emotionless and lacking any real content. The song Rooftops (A Liberation Broadcast) had an opportunity for a good song but falls on its repetitiveness and the lack of more than one good verse. The song Can’t Stop, Gotta Date With Hate sounds like they just didnt even bother to come up with something original, and decided to rip off The All-American Rejects. If you cant tell the chorus is almost exactly like I’m Waiting, listen harder. Other songs like Everybody’s Screaming and Heaven For the Weather, Hell for the Company never seem to get past good, and are hardly standout songs to listen to.